The QBD Platebody is a high tier piece of end-game gear that is apart of the QBD Set, being hybrid in its stats. Provide good boosts to all three combat styles as well as a Drop Rate, and Set Effect bonus obtainable through a few methods.

It can be upgraded into a Tyrael Platebody by following the Combination recipe on that page.

QBD Platebody has a few ways to be obtained. 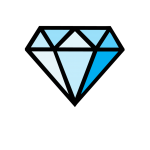